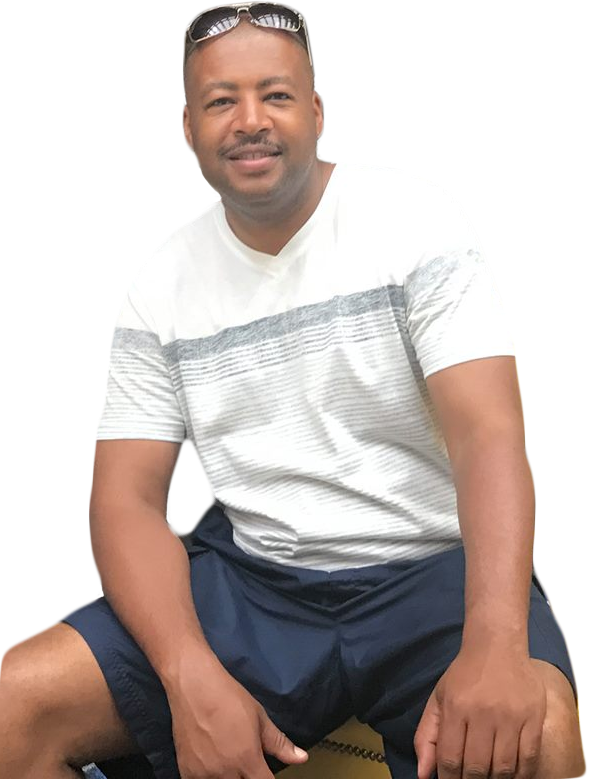 Robert Ruff Jr. was born in Hartford, Connecticut.  Growing up, Robert was inspired by the artwork of his father, who drew portraits using graphite pencils.  Robert has never had any formal art lessons or training.  He learned to draw by watching his father draw and give tips and pointers to other aspiring artists.  So for the most part, Robert's artistic ability is a natural gift.

As a youngster, Robert found joy in drawing various cartoon and human figures using graphite pencils on paper.   He moved to the Monterey Peninsula of California in 1991 after being stationed at Ft. Ord as a member of the 7th Infantry Division of the U.S. Army.  He currently resides in the city of  Del Rey Oaks, which is next to Monterey, CA.  He first experimented with painting in oils in his early 20's, after purchasing an instructional landscape painting kit by Bob Ross.  Robert paints portraits, landscapes, flowers and still life objects.  Around 2003, he began to draw portraits using pastel sticks on paper as a hobby.   In 2007, Robert began to develop his skills more seriously by doing larger, more detailed pastel portraits.  A few years later he decided to take on the challenge of painting portraits in oils on canvas.  Understanding that people love their pets dearly and may desire to have a portrait of them in their home or office, he also does pet portraits using pastels, oils or charcoal.

Robert has also designed various flyers, banners, business cards and forms for businesses.  In 2016, he started designing restaurant menus for a few restaurants in the Monterey, CA area.

" I find the challenge of turning a blank canvas or paper into a wonderful piece of art, soothing and emotionally gratifying.  What started as just a hobby as a child, has turned into a true passion in my life.  With my portraits, whether of people or pets, I aim to capture my subject's likeness during a certain time in their life.  My goal is to create a work of art that will last for generations".      -Robert